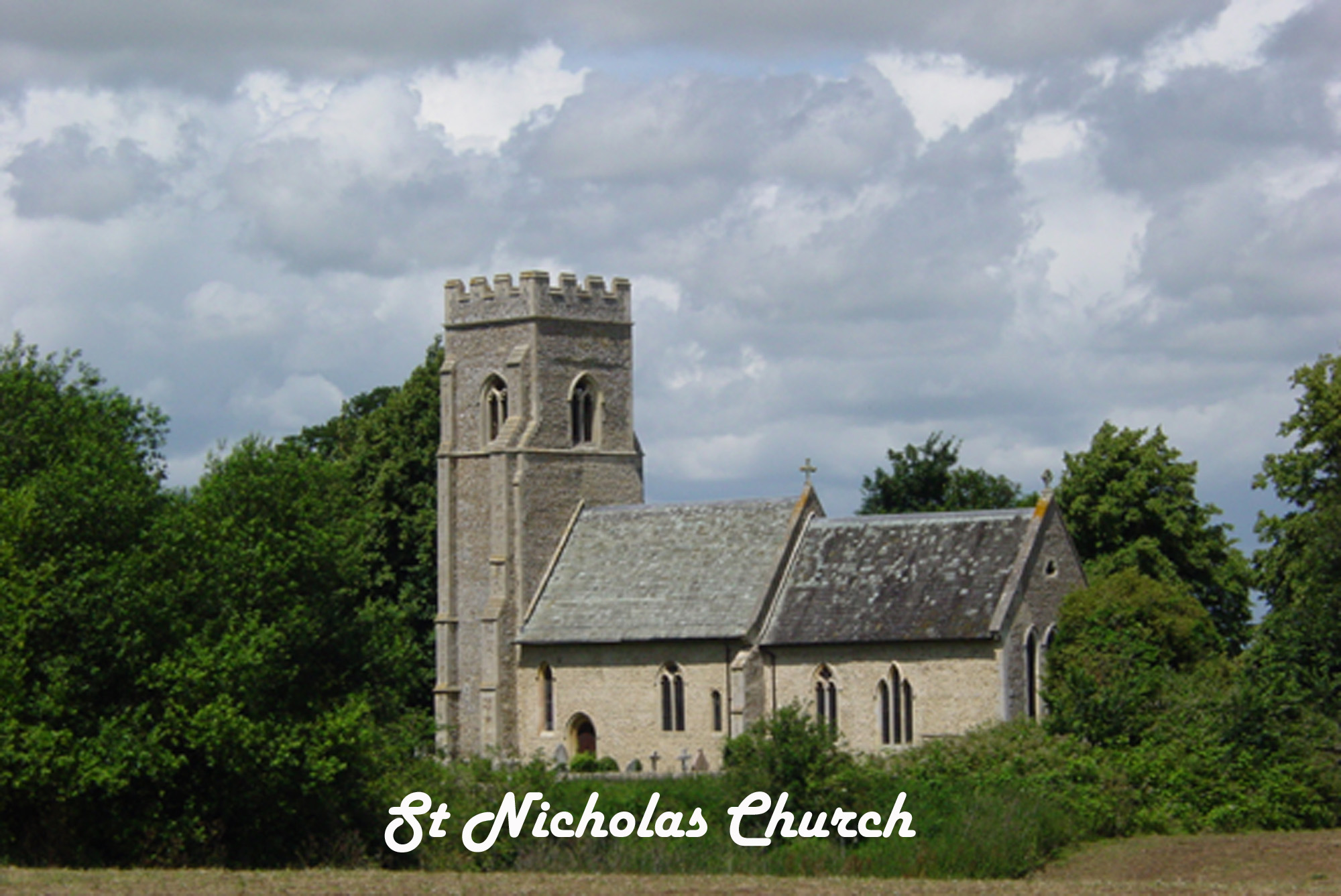 We have a monthly service at St Nicholas' Church, Kennett on the third Sunday at 3.30 pm. All are welcome.

Services generally last for about 45 minutes, and are aimed at the whole family - children are very welcome, no matter how young.

The greatest part of our expenditure goes on the preservation of the building which has survived from the 12th Century, and 2019 will be particularly expensive as we have to renew the roof to the tower.

Please help us keep the church intact through the 21st century.

To find us: at the junction of Church Lane and Dane Hill Road, take the lane down to the church through the wood.

Because of its location, we keep the building locked.  If you would like to go inside, please contact one of the Ministry Team for the key.

St Nicholas' Church, Kennett is one of the Three Rivers Group of parishes, which is in the Deanery of Fordham and Quy, Diocese of Ely.

Church should be cleaned in the week before the service at some time please.

01638 750067 This email address is being protected from spambots. You need JavaScript enabled to view it.

01638 750459, This email address is being protected from spambots. You need JavaScript enabled to view it.